In August 2007, the Texas Commission on Environmental Quality (TCEQ) published the Phase II MS4 (Municipal Stormwater) regulations and issued the first round of general permit for small MS4 operators, in which Alamo fell into. Alamo was required to submit a Five year Storm Water Management Plan (SWMP) for state approval that outlined the cities plan to meet state regulations from 2008 to 2012.  In 2013, TCEQ issued their second round general permit which requires a number of administrative & legal requirements and to update, implement and enforce the new Five-year SWMP designed to reduce the discharge of pollutants from the Alamo MS4 to the maximum extent practicable to protect water quality.

Best Management Practices to be regulated: 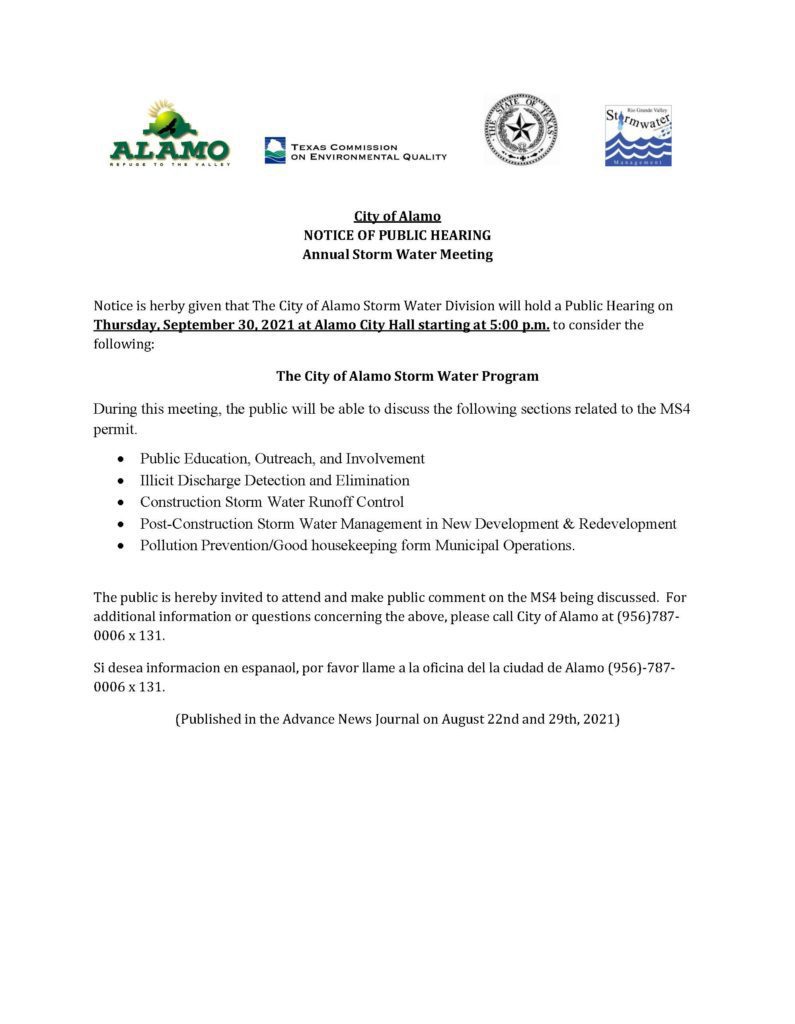 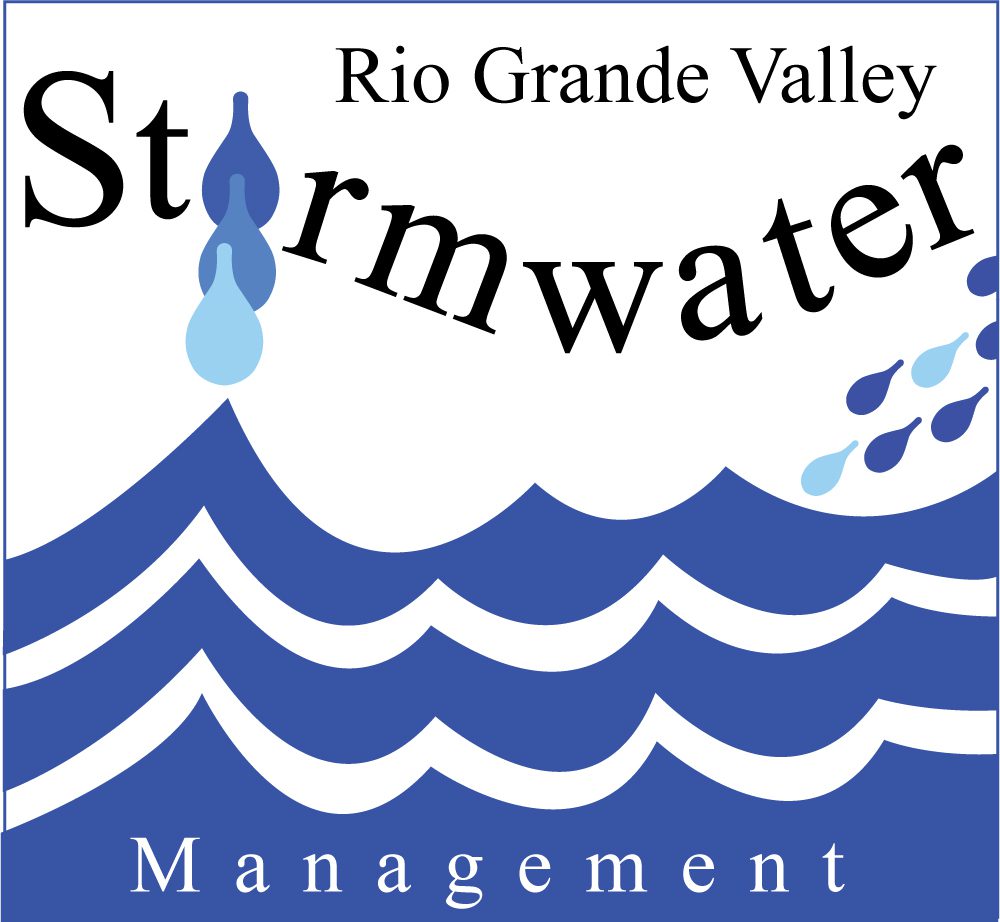 Storm water is a term used to describe water that originates during precipitation events. It may also be used to apply to water that originates from over watering that then enters the storm water system. Storm water that does not soak into the ground becomes surface runoff, which either flows directly into surface waterways or is channeled into storm sewers, which eventually discharge to surface waters. Storm water is of concern for two main issues: one related to the volume and timing of runoff water (flood control and water supplies) and the other related to potential contaminants that the water is carrying, i.e. water pollution. Some of the most common pollutants include: